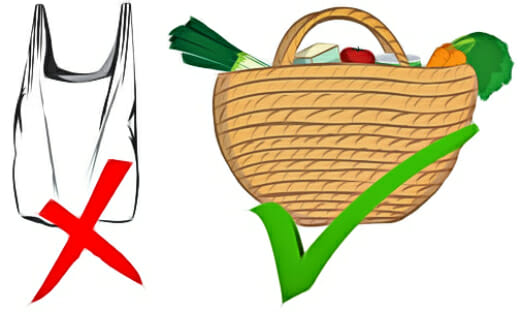 In today’s post, you will learn why reducing plastic bags is so important. We’re going to discuss plastic pollution as a whole briefly and then dive into plastic bags in particular. There, you’ll learn four ways on how to reduce the use of plastic bags!

Plastic bags are among the largest contributors to plastic pollution. You’re about to find out why that is, and also why we should get rid of them as quickly as possible.

How to Reduce Plastic Pollution and Why Is It So Important? 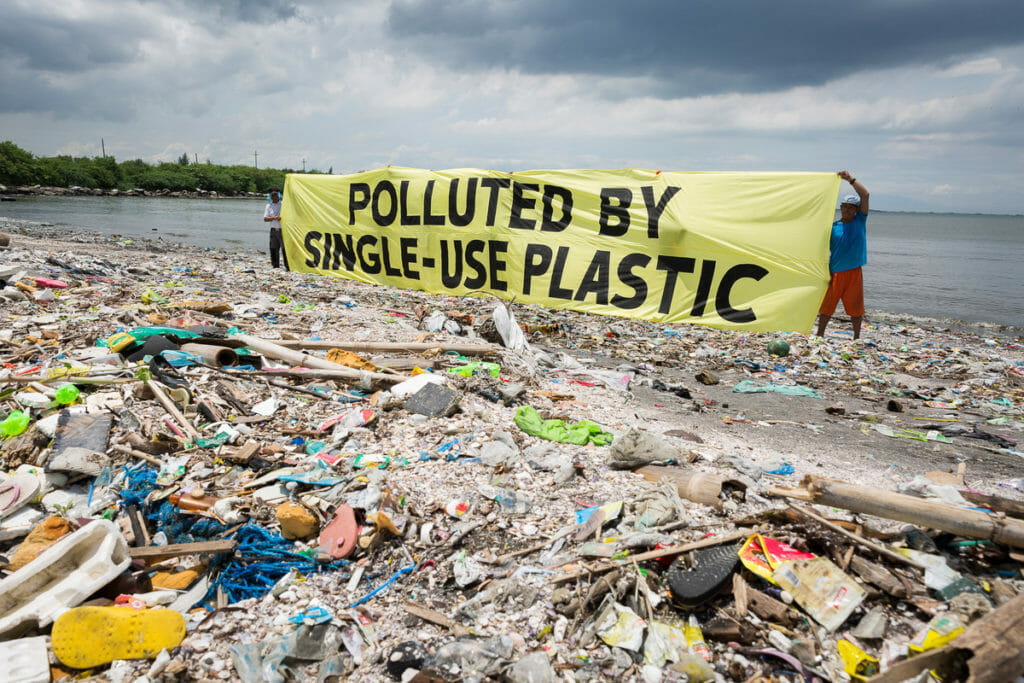 Plastic is cheap and incredibly versatile, with properties that make it ideal for many applications.

However, these qualities have also resulted in it becoming an environmental issue.

We have developed a “disposable” lifestyle, and estimates are that around 50% of plastic is used just once and thrown away.

The proliferation of plastic products in the last 70 years or so has been extraordinary; quite simply, we cannot now live without them.

We are now producing nearly 300 million tons of plastic every year, half of which is for single use.

More than 8 million tons of plastic gets dumped into our oceans every year.

How Does This Plastic Usage Break Down?

♦ Plastic packaging is the largest end-use market segment accounting for just over 40% of total plastic usage.

♦ A plastic bag has an average “working life” of 15 minutes.

♦ Over the last ten years, we have produced more plastic than during the whole of the last century.

♦ In 2014, the U.S. sold over 100 billion plastic beverage bottles, the Container Recycling Institute estimated; 57 percent of them were for water.

That is a large increase from 1996 when the U.S. sold an estimated 3.8 billion plastic water containers.

♦ Even tiny beads in toothpaste, facial scrubs, and other toiletries can be found in waters worldwide, contributing to plastic pollution, even if we can’t see it.

Where Does This Plastic Pollution Originate? 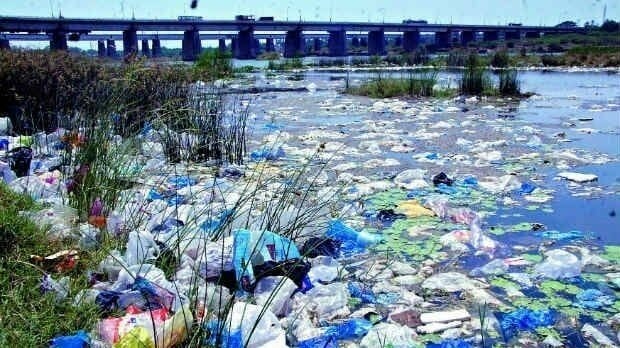 So the question you might be wondering is, where do all these plastic bags and other items come from?

Of all the garbage collection material in the Pacific Ocean, 80% comes from the land (coastal deposits of plastic from North America take six years to reach the patch). The other 20% comes from oil rigs, boaters, and cargo ships – most of this is fishing nets.

Sometimes they can, but mostly all the waste is routed by ocean currents to “collection zones.”

The largest of which is called the “Great Pacific Garbage Patch.

You can read more on this specific topic in our other post on plastic pollution in the ocean.

Shipping containers lost at sea dump plastic items such as parts of computer monitors, and even Legos, directly into the water.

So, after briefly touching on just SOME of the facts, let’s look at how we can reduce one of the primary pollutants responsible for the damage – plastic bags.

Why Should We Reduce The Use of Plastic Bags in Particular?

Here are eight quick points of WHY we should reduce plastic bags in particular – then we’ll discuss HOW! 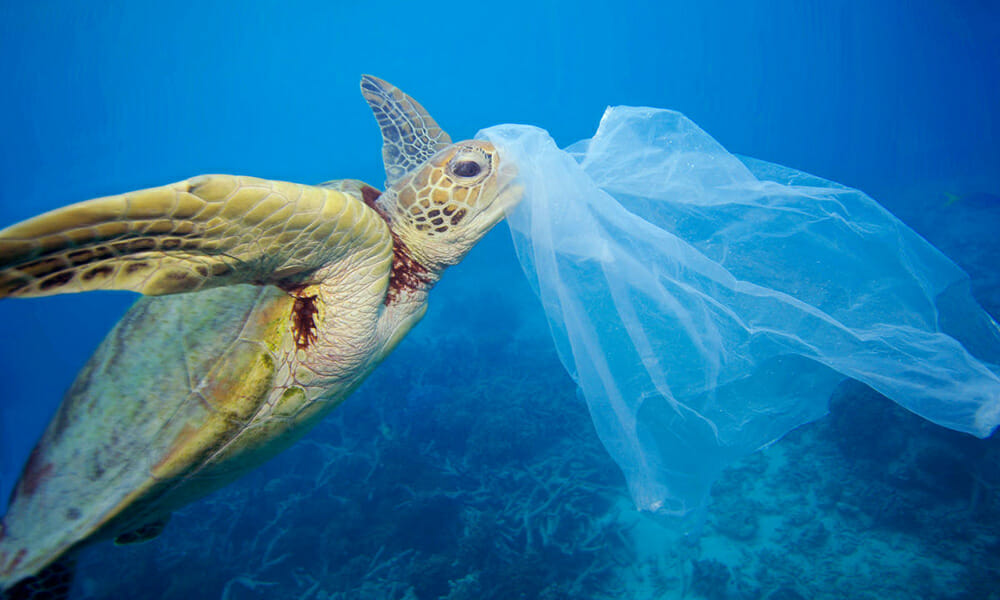 Look around, and you’ll see they are everywhere. Flying around, tangled in trees and fence, floating around in ponds, and lying on the parks’ ground.

They’re so lightweight that it’s super easy to pick up by the wind and travel distances.

2. Plastic bags are made from non-renewable resources and contribute to climate change…

Polyethylene gets used to make most plastic bags, a substance derived from crude oil refining and natural gas processing.

Oil and natural gas are non-renewable fossil fuel-based resources. Through their extraction and production, they emit greenhouse gases, which contribute to global climate change.

Petroleum-based plastic bags are composed of very resistant synthetic polymers that may take up to 1,000 years or never until they completely degrade in natural environments.

What does occur in most instances is that, when out in the environment, the plastic breaks up into tiny microscopic pieces, depositing into the soil (where we grow food) or contaminate waterways.

These invisible little fragments get into everything. Soil, water, air, animals, and plants we consume – meaning plastic is inside us too.

4. Plastic bags are harmful to wildlife and marine life…

Plastic bags floating in the ocean resemble jellyfish, one of the primary food sources for some species of sea turtles (pictured above), especially the critically-endangered Leatherback turtles.

By the way, plastic Saran food wraps, for example, are also a large contributor due to their thin, hard-to-recycle design.

Enough plastic wrap is produced each year in the US alone to wrap the entire state of Texas!

We have a whole other post on plastic wrap, its problems, and the best alternatives out there! You can check this post out by clicking here.

According to a study carried out in 2013, plastic ingestion led to about 35% of turtle deaths. The probability that sea turtles will consume even more plastic increases every year.

Sea turtles and sea life aren’t the only ones affected. Estimates show that approximately one million sea birds also die from plastic yearly.

One hundred thousand turtles and marine mammals, such as dolphins, whales, and seals, are killed by plastic marine litter every year worldwide.

Microplastics were found in soft drinks like Coca Cola, in tap water, in seafood…

It has contaminated our food chain, so it should not surprise us that microplastics are in our bodies.

It doesn’t take a rocket scientist to see what’s going on here.

The marine animals that are eventually caught as seafood and consumed by people contain micro-plastics.

Chemicals in plastic, such as BPA, can be absorbed by the human body when we eat these fish.

Some can trigger various health effects and even alter hormones.

Scientists suspect that it may add stress to the liver by introducing more pathogens into the body.

High exposure can increase the risk of heart disease and diabetes, according to a study. Simultaneously, tests on animals have shown the potential for damage to developing brain and reproductive systems.

Additionally, plastics in our digestive tract may affect the absorption of some essential trace elements (like iron), which we need for maintaining proper health.

When buried in landfills, plastics can release chemicals that find their way into groundwater.

6. Plastic bags are not easy to recycle…

Many recycling facilities consider plastic bags their number one contaminant. Their removal from the recycling stream costs municipalities close to $1 million a year.

7. Plastic bags are costly to pay for and to clean up after…

Nothing is free in this world.

There is a cost at some point in the consumption process.

Retailers incorporate the costs of their bags into the pricing of other items in the store.

The cost of cleanup per bag (meaning waste collection and processing) is about 17 cents.

On average, taxpayers end up spending about $88 per year on plastic bag waste alone.

8. There are better reusable alternatives available…

The very best alternative is a reusable bag, plain and simple.

Reusable shopping bags are very durable and can be reused many times throughout their useful life.

This reusability means that you are not consuming more resources every time you need to carry your groceries home.

Instead, you are reusing a product, and that means that you are utilizing earth’s resources intelligently while at the same time reducing waste.

For example, a reusable jute bag should last at least four years, during which it can prevent the use of 600 single-use plastic bags.

Next up, we’re going to dive into these four easy ways to reduce your plastic bag usage!

4 Easy Ways to Reduce The Use of Plastic Bags 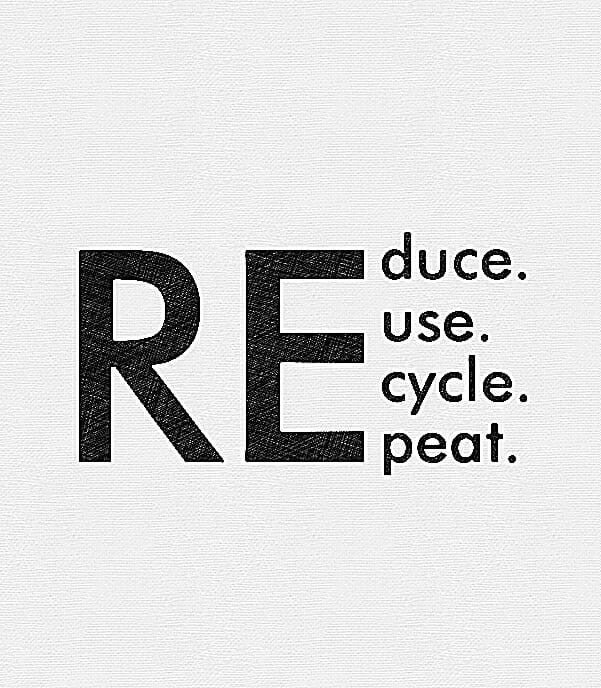 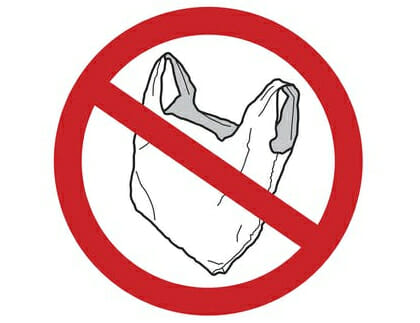 The first and most important way to reduce the use of plastic bags is simply to refuse them!

We often check out at convenience stores, for example, with ONE or TWO small items in it.

Ask yourself in that situation – is this necessary?

Instead of using a bag, carry your toothpaste tube and gum pack to the car, bagless! It’s easy to refuse the bag at the counter.

That’s just a simple example of refusing when we do not NEED!

Often, managers instruct store employees to separate different types of products in separate bags. Or use a bag for only one or two specific items, wasting the rest of the space.

Hand-carry the items out of the store if you can.

2. Bring your reusable shopping bag instead: 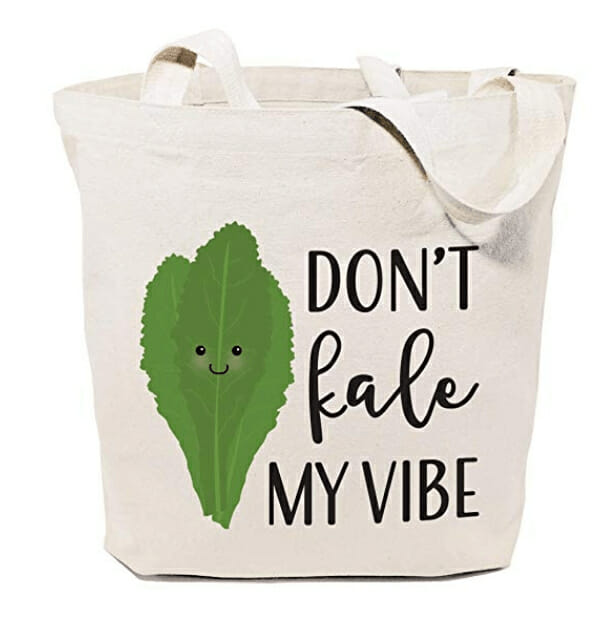 The most challenging aspect of this is remembering to take them into the store and creating the habit.

A simple way to overcome this is always to keep your bags in your car.

Even if you only have 1-2 reusable bags and a cart full of groceries, this would be two plastic bags you save each trip!

That adds up! You can find these unique and funny reusable bags above by clicking right here!

Suppose you are someone who’d benefit even further by keeping a reusable bag in your purse. In that case, there are great little folding reusable shopping bags, like these here, which fold up into pocket-sized pouches! 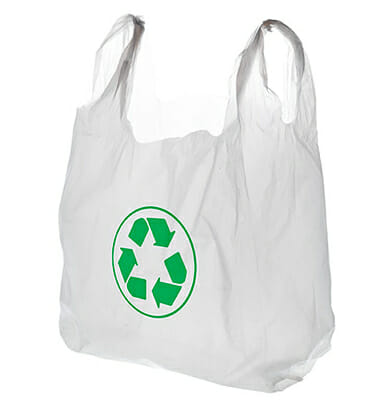 Many thrift stores will reuse plastic bags for their merchandise.

Some department stores and grocery stores will also often have a location to drop off clean plastic bags to be recycled.

If you can’t reuse, recycling is a great way to get the most out of these bags.

Twelve minutes is the average time plastic bags are in use before sitting in a landfill forever. Recycling helps extend that life cycle.

Suppose you are a shop owner or just looking for a “green” version of a standard retail plastic bag with handles. In that case, you must check out these 100% biodegradable bags!

4. Reuse the plastic bags yourself:

Think of creative ways that you can use the bags to save you money or time or be fun!

For instance, plastic bags make great mini garbage can liners. How about carrying things out to the pool?

Maybe for plastic bag art projects, rather than spending money at the craft store!

Have fun with it!

Or just reuse your plastic grocery bags for as many uses as you can!

Even if you only reuse them for one more shopping trip, that’s still a whole trip worth of plastic bags you just prevented!

Conclusion on How to Reduce the Use of Plastic Bags

We’ve discussed how and why plastic bag use has become such a large issue in the above topics.

Our ever-increasing demand to consume, mixed with plastic’s low cost and versatility, is at the core of this over-production and pollution.

We addressed how plastic negatively impacts wildlife, on our lands, in the air and sea.

We’re not safe either.

Plastic is getting into these water and food supplies, which results in humans ingesting plastic chemicals when we consume things like seafood.

Not just that, but these chemicals can be getting into our bodies every time we use plastic containers, bottles, cups, and other dinnerware.

You can read much more about that topic by getting our FREE Eco-Tableware guide!

To wrap things up, here are your four ways to reduce the use of plastic bags:

1. REFUSE the bag – Ask yourself, “Do I really need this right now?”

2. BRING YOUR OWN reusable shopping bag!

3. RECYCLE whenever/ wherever you can OR opt for recyclable/ biodegradable bags.

4. REUSE your existing plastic bags as much as possible.