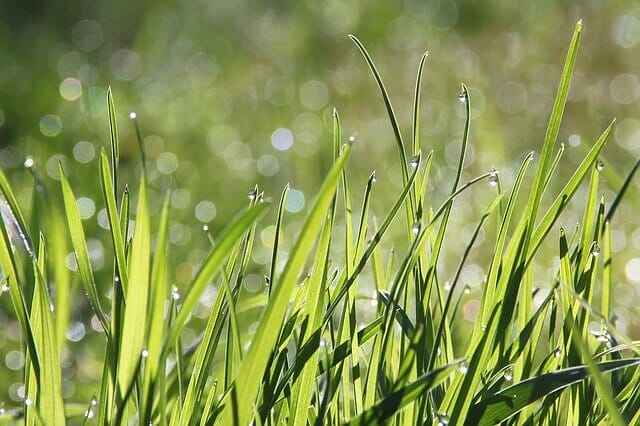 Spring is a wonderful time of year, from the warm weather to the blooming of beautiful plants and flowers. What’s not beautiful, however? The WEEDS that go with it! Use these environmentally friendly weed killer methods to safely and effectively eradicate pesky plants from your property!

It’s one that uses natural and safe means to kill weeds rather than dangerous chemicals such as glyphosate.

This means it won’t pollute your soil and is also safe around you, your children, and your pets.

We can’t say the same for traditional weed killers like Roundup.

You might’ve heard how the company was sued for $80 million after a 70-year-old man with cancer used it for three decades and the jury found Roundup to be a “substantial factor” in his illness.

But what is this chemical glyphosate?

Before we get into your environmentally friendly weed killer options, let’s first take a closer look at this chemical. 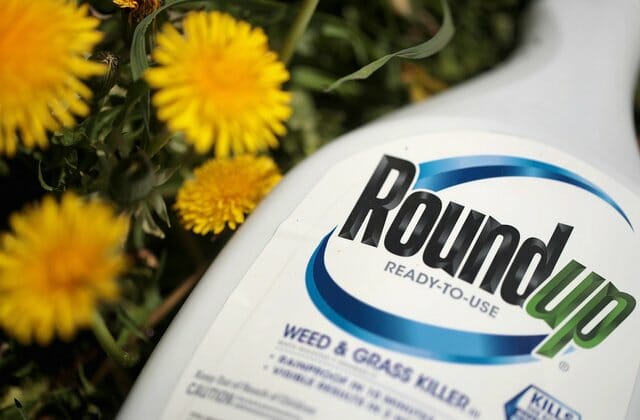 Glyphosate, a synthetic herbicide, was patented in 1974 by the Monsanto Company. Now, it’s manufactured and sold by many companies in hundreds of products.

The chemical is best known as the active ingredient in Roundup-branded herbicides.

9.4 million tons of glyphosate has been sprayed on fields, enough to spray nearly half a pound of Roundup on every cultivated acre of land in the world.

You can see, this stuff is popular. But, it’s also problematic.

Tens of thousands of people have filed suit against Monsanto Company (now Bayer) alleging that exposure to Roundup herbicide caused them or their loved ones to develop non-Hodgkin lymphoma (NHL), and that Monsanto covered up the risks.

Still, the toxicity of glyphosate by itself remains a widely controversial subject.

Some studies suggest that glyphosate poisoning doesn’t come from the chemical itself, but rather from a complicated combination of ingredients. Mainly the surfactants (such as POEA) mixed with glyphosate.

And other studies further state that glyphosate poses no real threat to humans, but can impact the kidneys and cause digestive harm to rats and rabbits at high doses.

The EPA also claims humans can experience eye damage and skin irritation from splashes during the mixing and loading of glyphosate products. Consequently, the EPA recommends protective eyewear when handling glyphosate.

A 2018 study reported that glyphosate damaged the beneficial gut bacteria in honeybees and made them more prone to deadly infections.

Now, controversy or not, it makes sense to be wary of glyphosate.

If you have pets at home or small children, why not choose a safer, environmentally friendly weed killer to ease concerns.

So let’s take a look at some natural weed-killing solutions! 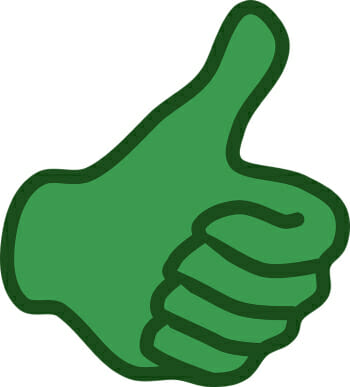 Now that you’re aware of some dangers of glyphosate herbicides, let’s address these natural environmentally safe weed killer options to keep you and your family safe!

First up is the ever-popular vinegar solution!

How to Make Vinegar Weed Killer 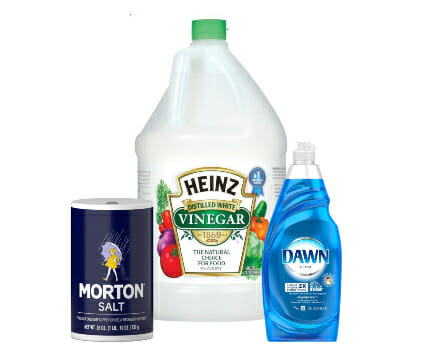 The acetic acid found in vinegar is what gives it the power to kill weeds.

This mixture will be very effective in killing broadleaf weeds such as dandelion, chickweed, clover, moss, and more!

This non-toxic weed killer is very fast-acting, usually within hours after application, you’ll start to notice the weeds withering and dying away.

The vinegar also biodegrades and breaks down quickly leaving no harm to the soil, making it a perfect environmentally safe weed killer.

It does have it’s limitations however as it’ll be less effective and may require multiple applications with grassy weeds such as crabgrass, annual ryegrass, and all types of sedges.

You can however make this concoction more powerful and therefore more effective by using stronger, higher-acetic acid content vinegar containing at least 20% acetic acid like this kind right here.

Keep in mind though, while regular 5% kitchen vinegar is safe, higher acetic acid vinegar can cause skin burns and eye irritation, so use with caution.

Another thing to be VERY careful to recognize is that vinegar is a “non-selective” weed killer.

This means that it will not only kill the weed but anything else it touches as well.

Because of this, be very cautious not to use on your lawn or near other plants/ flowers because it will kill them too.

This makes vinegar weed killer best for patios, driveways or sidewalks where no other plant life is harmed.

To start you’ll need a spray bottle to put the mixture in, and three simple ingredients to mix together:

Both the acetic acid in vinegar and salt play a part in killing the weed as they draw moisture out and effectively dehydrate the plant to death.

The dish soap does not kill the weed, rather it acts as a surfactant.

This is an agent that will reduce the surface tension on the weed and allow the vinegar mixture to absorb into the plant, rather than beading off.

It’s important to do this on a sunny day and when the forecast calls for several nice days, as any rain can wash off the vinegar too soon to fully get the job done.

Once you have your mixture ready, pour it into your spray bottle.

Make sure to spray directly onto the leaves of the weed, as well as the base to get the mixture down into the root system.

The weed should be completely saturated with the solution. 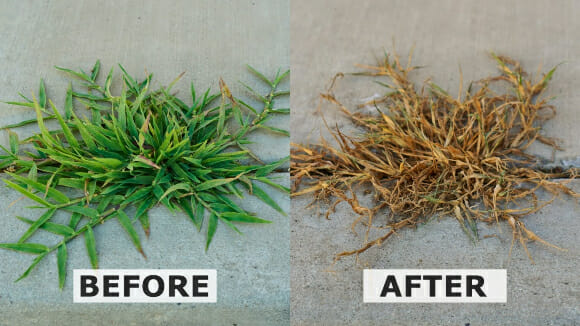 The weeds should start to die within a few hours, turning a brownish color.

After about two-three days, assess the situation and re-spray any weeds that are still living.

How to Kill Weeds with Boiling Water 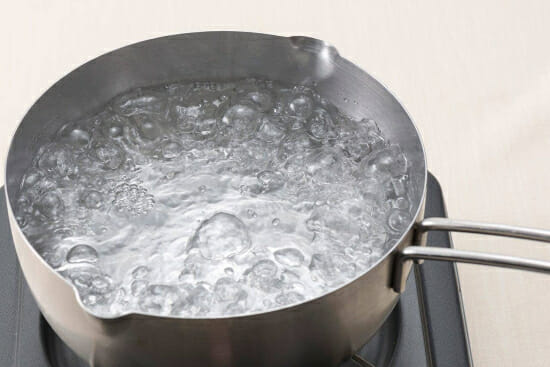 Boiling water is one of the easiest and quickest ways of all to safely kill weeds on your property!

It can be used any time of day, rain or shine, and will be effective quickly.

Simply boil water, preferably in a kettle so you can pour with the spout, and saturate the weed with enough that the water makes its way down into the root.

This will effectively and rapidly scald the leaves and root system, killing the weed.

One thing to keep in mind with using boiling water, like vinegar, it is non-selective and will kill any plant, so be extra careful to only pour on the desired weeds and not all over your lawn/ garden. 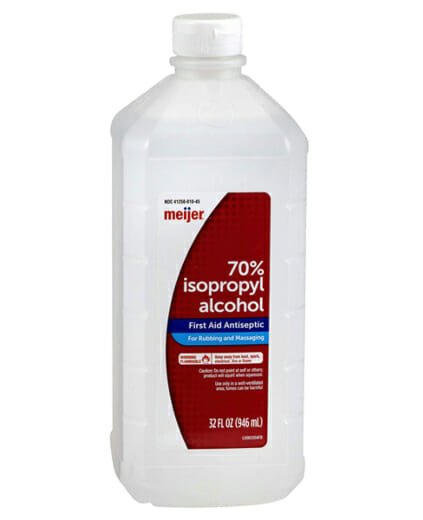 Using rubbing alcohol to kill weeds is another environmentally safe weed killer method that effectively gets the job done.

Simply dilute two tablespoons of rubbing alcohol into one quart or four cups of water.

Put the solution in a spray bottle and liberally coat the leaves of weeds, preferably on a hot sunny day.

This will work because the alcohol is an astringent substance and will remove moisture from the weed, effectively killing it.

As with the vinegar solution or boiling water, this is another non-selective environmentally friendly weed killer so you need to be careful not to pour any on grass/ plants you want to keep. 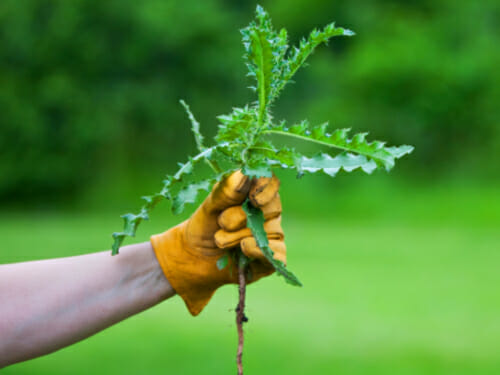 Well while that’s true, there are some best practices to make your weed pulling most effective.

First, you’ll want to make sure you’re pulling at the right time. Typically a good day to weed is the day after a nice rain.

This will make the ground wet and therefore looser and easier to pull out weeds.

When confronting your weed, don’t just grab and pull mindlessly because chances are you’re only ripping off the top of the plant, leaving the roots able to grow right back.

Because of this, you should try to dig down a couple of inches next to the weed, loosening the soil, either by hand or with a garden tool.

Get a good grab on the taproot or main root of the weed with your hand and pull straight up.

Try your best to grab as much of the root as possible so you can make sure to get the whole entire weed out.

If any root is still leftover in the ground, the weed can simply grow back.

This weed killer practice is actually good for the environment because after weeding, you’re leaving small holes throughout your lawn, effectively aerating it.

How to Prevent Weeds from Growing

So you’ve been successful using one or several of the previous environmentally friendly weed killer methods, but now for the next part. How do we prevent weeds from growing/ coming back?

There are chemicals out there that can take care of this for you, but for the sake of this article, we’re sticking to methods that are completely non-toxic and safe! The first one: 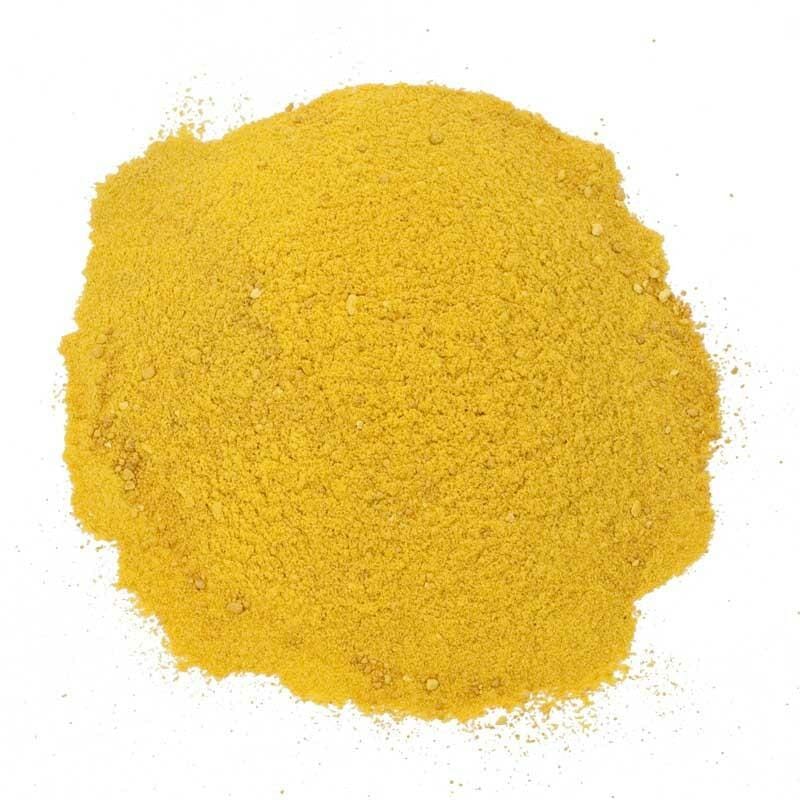 Corn gluten is an organic powder left over after corn is milled and is frequently used as an eco-friendly weed control product.

It does not kill weeds, rather it suppresses growth.

Most commonly it is used to control crabgrass. Corn gluten can be found at Lowe’s, Home Depot or Tractor Supply Co, or you can find some online like this pack right here!

The application must be done properly for it to be effective in preventing weeds.

Two things are required: You must apply during a dry weather period (at least a couple of days dry) and also application must be timed to coincide with crabgrass germination which happens when the lilacs in your region are blooming.

So first, make sure the timing is right and ensure some dry weather.

Then for application, spread the corn gluten powder over the soil, preferably with a spreader.

Next, water the corn gluten into the soil with about ¼ inch of water after application.

Using ground coverings such as landscape fabric or mulch is another great way to suppress weeds.

Not only does it look neat and clean, but it works to prevent weeds from growing by keeping the soil cool and moist and depriving weeds of sunlight.

Make sure when using mulch that you keep it only about two inches deep as more than three inches can deprive the soil of oxygen.

A more fine-ground mulch will be more effective than chunkier mulches because more light can pass through the spaces between larger mulch.

So a more ground-up mulch with smaller bits will be more effective in keeping spaces small and light out.

Landscape fabrics work the same way, depriving weeds of sunlight and ultimately not giving them the chance to grow! 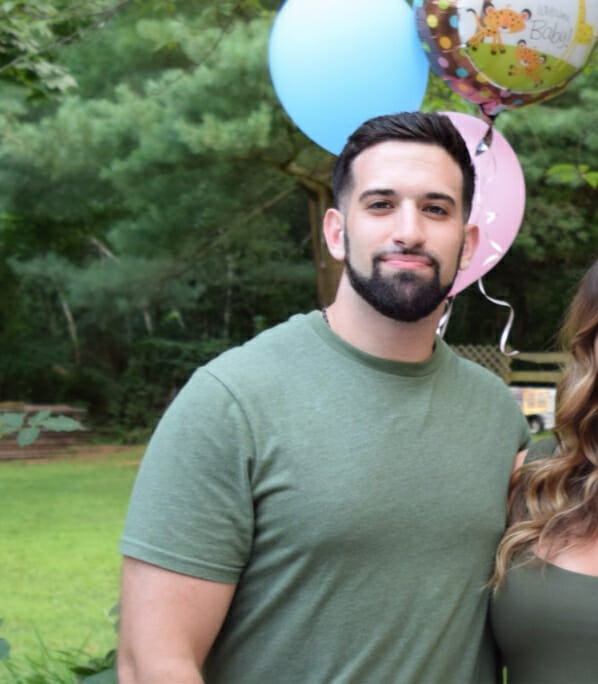 Adam - the author and TGL founder - has a background in product research and design. For years, he's successfully created, produced, and sold eco-friendly, sustainable kitchenware in all fifty states. When he's not reading, cooking, or lifting, he's helping families level up their kitchen and dining gear with relevant blog posts.